Bohnenkamp scores highly at The Tire Cologne - even without tyres! 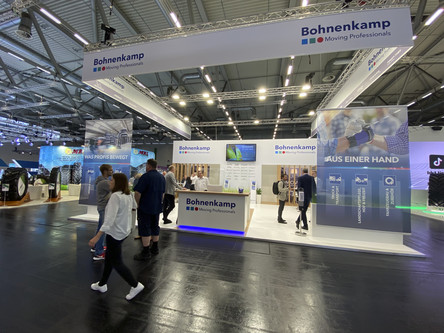 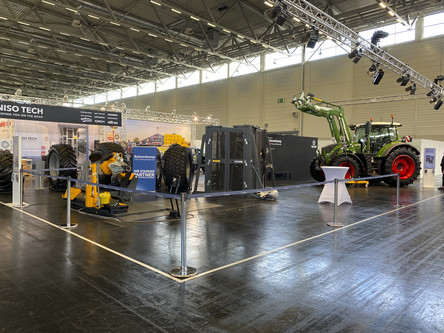 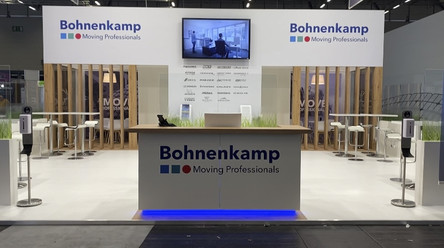 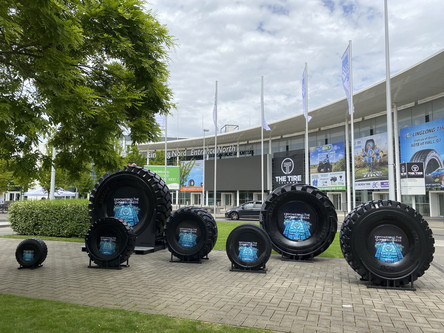 From 24 to 26 May and after a two-year break, Bohnenkamp AG from Osnabrück made a successful new start in the world of attended trade fairs under the motto "What moves professionals - from a single source." The tyre wholesaler had dispensed with exhibits at its main stand in Hall 6. Instead, the company presented its comprehensive services, great logistical strengths and proven Bohnenkamp know-how to the visitors of the international industry meeting The Tire Cologne. In a separate activity area, the Bohnenkamp Training Center crew also demonstrated the professional assembly of large-size tyres.

"All in all, this year's 'Tire' event was a success for Bohnenkamp on several levels", said General Sales Manager Thomas Pott, drawing an initial conclusion. Especially at the beginning of the event and on the following day, the trade visitors came in large numbers to the Bohnenkamp stand in Hall 6. "The quality of this year's audience was impressive, and we were able to make many contacts that we will build upon in the coming days and weeks", says Pott, referring to the tasks that now lie ahead. In addition to new encounters, there were also personal reunions in Cologne with long-standing business partners on both the supplier and customer sides. "The joy of having - but also the need for - an exchange among professionals outside of video conferencing was huge after almost three years", confirms Karsten Krückeberg, responsible for customers from the tyre trade at Bohnenkamp AG.

The half-hour shows on the assembly of large-size tyres also attracted many visitors on a separate activity area in Hall 8. Every hour on the hour, up to 40 guests watched the entertaining demonstrations of Bohnenkamp head trainer Dirk Lewandowsky and were shown how to safely mount the agricultural tyres, which are up to 1.90 cm in height. The assembly machines of the Italian manufacturer SICE were also in the spotlight for the trade fair audience. The robust and highly functional work aids are among the largest machines on the market; Bohnenkamp is the only wholesaler in Germany to stock them.

"From tyre mounting to business discussions at the Bohnenkamp stand, it was great to see with how much commitment our team represented our company after such a long break, and they are now back in full force, fully motivated and highly professional", Thomas Pott concludes, praising the performance of his crew. With the motto "What moves professionals - from a single source", Bohnenkamp definitely hit the right note at this year's The Tire Cologne.